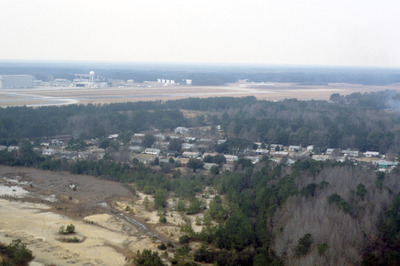 This aerial photograph shows housing around the borders of Charleston International Airport. The airport is a joint civil-military airport, which was privately constructed in the 1920s. During World War II the US Army began using the airport as part of the eastern defense program. The airport was acquired by Charleston county in 1979 and continues joint operations at present.