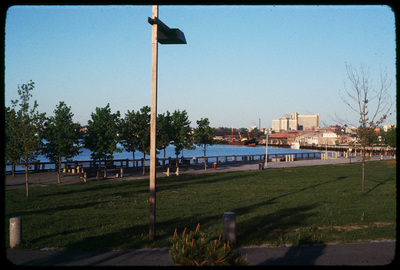 India Point Park is located in Fox Point, a Providence neighborhood, at the junction of the Seekonk River and Providence River. The area that became India Point Park had previously been developed wharves, ships' provisioners, and light industrial use. When there was a decline in shipping activity in the 1960s, planning for the redevelopment of the area for recreational use began. The park was designed by architect Albert Veri, and further development was provided by local landscape advocate Mary Elizabeth Sharpe.