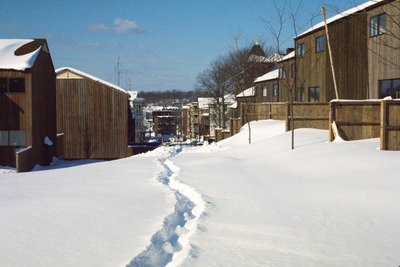 Woonsocket Village was built as part of city wide urban renewal in the 1970s. The neighborhood has 284 houses in an area that used to house 80. The housing project was built on a neighborhood in the Social Flatlands, previously it had been the Gaulin Avenue area. The construction of Woonsocket Village displaced many families and involved the razing of historic multiple family homes, but it also created more affordable housing for Woonsocket residents.