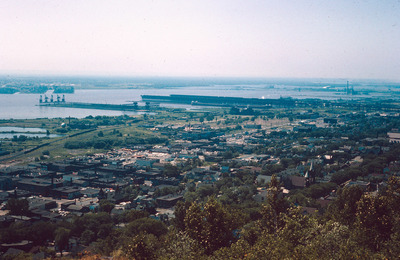 The St. Louis River flows into Lake Superior. Duluth, which is located on the banks of the river and Lake Superior, experienced tremendous industrial growth during the 19th and twentieth centuries which created large amounts of pollution in the water. By 1975 it was an EPA area of concern. Because of large efforts to clean the river in the last quarter of a century the river is significantly less polluted today.