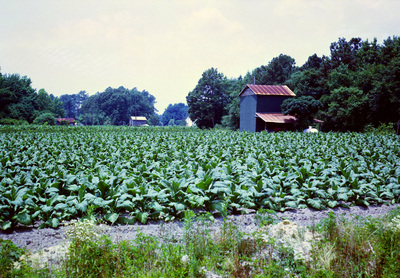 Following the Civil War, Tobacco was one of the first industries to flourish in North Carolina, owing mainly to the development of the cigarette. Since the end of the twentieth century, when the dangers of cigarette smoke entered the mainstream public health knowledge, Tobacco has slowly been placed by other crops, including grape fields for wine production. However, North Carolina, which is the birth place of R.J. Reynolds and location of Winston Salem, remains, in the 21st century, a major producer of American Tobacco