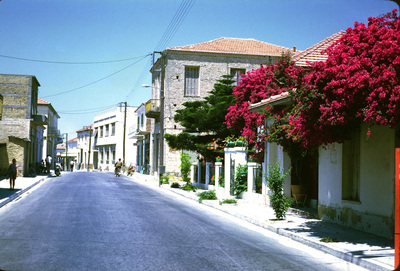 This photograph was taken in Greece during the Greek military junta of 1967-1974. It was a time of unrest, military rule, and violence in Greece. Smolski notes, “notice the shuttered windows” in the photograph, a a sign of the violent climate at the time.