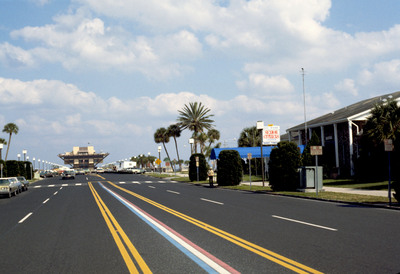 Know as the “Inverted Pyramid Pier” by local St. Petersburg residents, this famous pier was constructed in 1973 as a landmark of the city’s downtown waterfront area. This pier replaced the 1926 Million Dollar Pier which was torn down to make way for a stronger and more modern building. The pier has been a destination for shopping and dinning since the early 1970’s.

Since August of 2010 the city of St. Petersburg have been debating whether or not to demolish the pier and build a new one from scratch. As of April 2012, this plan is being met with opposition by people on the city council as well as local residents.