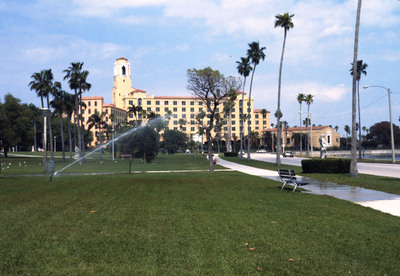 The Renaissance Vinoy Resort & Golf Club in St. Petersburg was built in 1925. The building was constructed in the Mediterranean Revival design complete with cypress-beamed ceilings and handmade tile work. The hotel also has its own private marina known as the Vinoy Marina. The Vinoy has gone through many phases in its history. In early 1940’s, during World War II, it was converted into a training facility for the Army Air Corps, in the 1970’s the hotel fell on hard times and was in a state of disrepair and became a haven for vagrants. It wasn’t until 1992 that a 93 million dollar restoration project restored and expanded the Vinoy into what it is today.