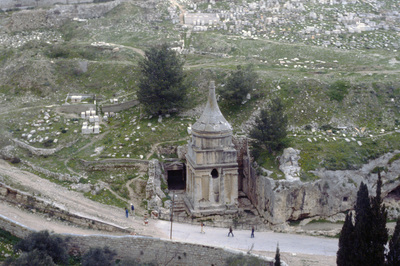 Originally this tomb has been ascribed to Absalom, the son of King David of Israel. Recent studies however point to it’s construction being sometime in the first century AD. A recent deciphering of a fourht century inscription suggests that the temple was uilt in honor of Zechariah, the father of John the Baptist.