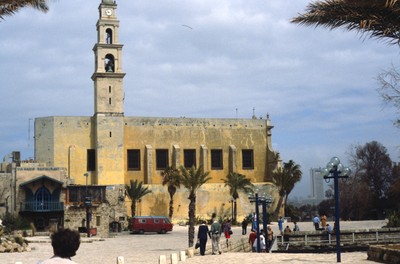 St. Peter’s church was built over a medieval citadel in the seventeenth century, but has been destroyed twice since. The present structure was completed in 1894. It is a historically notable structure. Built on a hill, the building is visible from the sea and thus has been a beacon to Christian pilgrims that the holy land was near. It is also believed that Napoleon stayed in St. Peter’s during his Egyptian campaign.