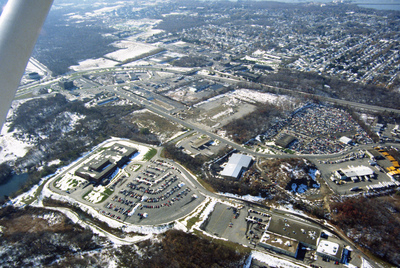 This photograph shows industrial and commercial developments in East Providence along state highway 114. Just barely visible on the horizon is Narragansett bay. The containers on the bay have since been torn down and the area has largely returned natural growth along the East Bay Bike Path, which was completed in 1992.