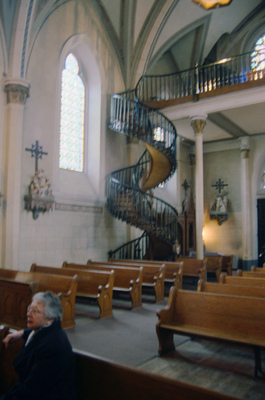 A source of controversy, this winding staircase in Loretto Chapel has been called miraculous by some, a hoax by others. A local legend suggests that the staircase was built by St. Joseph himself, while recently Mary Jean Straw has published a book claiming the builder was a French immigrant named Fracois-Jean Rochas. The Loretto Chapel is now a privately operated museum.