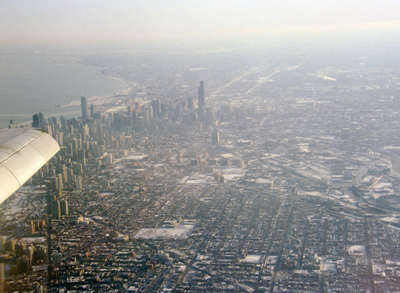 Aerial photograph of Chicago taken in the winter of 1993. Chicago has among one of most dense skylines in the world. It is also home to some of the worlds tallest buildings, including the Willis Tower (formerly Sear Tower) which was the tallest in the world until 1998. Chicago was the location of the worlds first steel framed building, the Home Insurance Building (1884), which was razed in 1930.