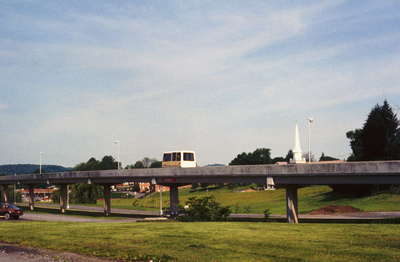 The Morgantown Personal Rapid Transit system connects the West Virginia Campuses and downtown Morgantown. The system opened in 1975 and was completed in 1979. While construction of the system was four times over budget, it has proved to be both reliable and inexpensive to operate transit system for the city. As of 2007, the system provided 16,000 rides per day to the public.