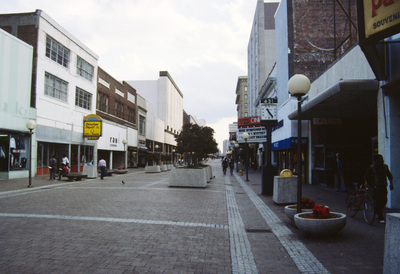 Granby Street, once a bustling commercial district in Downtown Norfolk, saw continued decline throughout the twentieth century as retail and shopping centers moved to the suburbs. This picture, which shows a cinema advertising The Last Dragon (1985), was likely made in 1985 or 1986. Following constructing of Waterside Festival Marketplace and a city wide revitalization Granby Street has experienced somewhat of a renaissance in the last twenty years