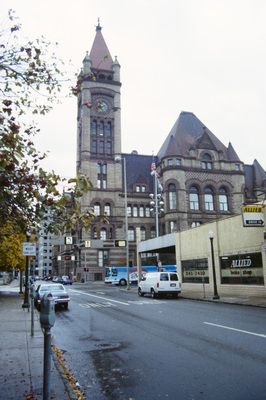 The city hall was built in the late 19th century and is the best surviving example of Richardson Romanesque style architecture in Cincinnati. Designed by Sameuel Hannaford, who designed many buildings in Cincinnati, the city hall is a the four and a half story building with a nine story clock tower.