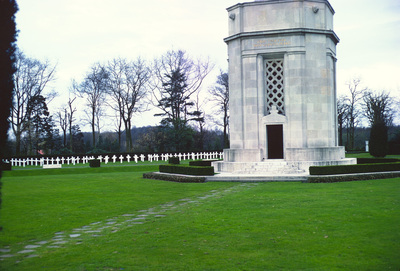 Flanders Field was the site of intense fighting throughout the First World War. Flanders Field, famous for the poem that bears it’s name, is the only American Cemetery in Belgium, containing mostly the graves of those who fell in final days of war in an action of the Ypres-Lys Campaign.

The chapel at the center of the cemetery was designed by Paul Cret. Inscribed in it’s walls are the names of 43 missing American servicemen with out any known grave. The headstones surround the chapel in four symmetrical areas.