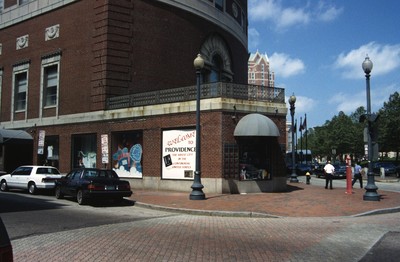 "Welcome to Providence The Safest City in the Continental United States" states the illustrious Biltmore Hotel. Opening in 1922 as part of the Biltmore Hotel chain, the hotel was founded by John McEntee Bowman and Louis Wallick, and is currently owned by Grand Heritage Hotels International. It was added to the National Register of Historic Places in 1977. Built in the neo-Federal Beaux-arts style and designed by the architectural firm of Warren and Wetmore (who also designed Grand Central Station), the Biltmore was the second-tallest building in the city (after the Rhode Island State House) until the Industrial Trust Tower was finished six years later. The hotel was originally built with 600 rooms. Later, walls were knocked down and suites were created.