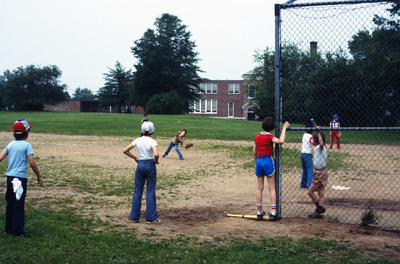 Radburn is a planned community founded in 1929. It was designed to separate traffic by mode, utilizing a pedestrian path system that does not cross any major road. Radburn has 23 acres of interior parks, including this hardball field, one of three in the community. In the background is Radburn School, an elementary school established in 1930.