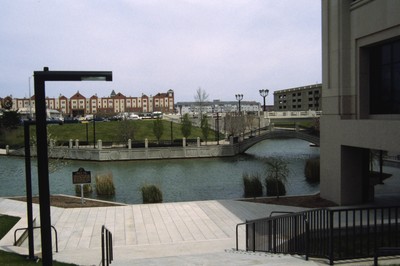 Indianapolis’ White River State Park was built around the site of the Central Canal, a failed canal venture from the early nineteenth century. Since the restoration in the 1980s, the park has become the cultural center of the city and is considered America’s only urban cultural state park.