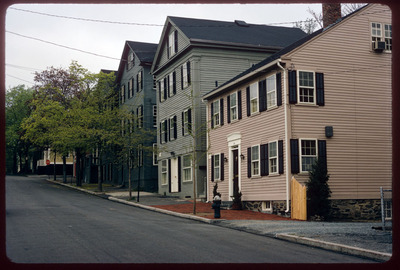 The East Side of Providence is populated with historic homes. The area known as College Hill and Benefit Street are particularly ripe with historic homes built in the late 18th century, before and after the American Revolution. The federal style of the homes is characteristic of this time period when Providence was being heavily settled. Benefit Street formed a thoroughfare through the settlements as a relief to the congestion of Main Street. During the 1950s, preservation of these historic homes became a priority as Brown University threatened to expand and urban renewal projects brought the destruction of old houses. As a result, the Providence Preservation Society was formed to protect the city’s valuable architecture.