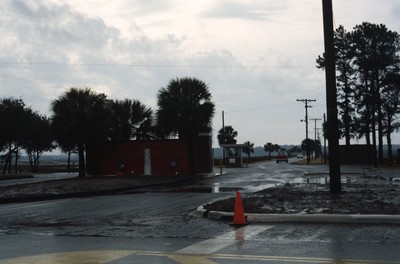 The entrance to the Marine Corps Recruit Depot in Parris Island, South Carolina. Training of Marine Corps recruits began here in 1915. The base has been training recruits for every major U.S. conflict of the 20th and 21st century.