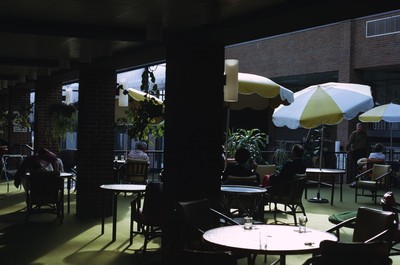 Goat Island is a small island in Narragansett Bay and is part of the city of Newport, Rhode Island. The island is connected to the Easton's Point neighborhood via a causeway bridge. Goat Island is home to the Newport Harbor Light (1842). Native Americans called the island "Nomsussmuc”, and Indians sold the island in 1658. Early Newport colonists used the island as a goat pasture, hence the name Goat Island.