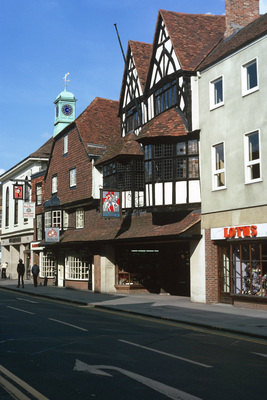 Built in 1364, The Old George Inn was originally opened as a room and board inn, and after many changes the building has mainly served as an entrance to the Old George Mall shopping precinct which opened in 1968. The building features its original architecture and historical features such as the minstrels gallery, a rare 18th century staircase, Tudor plaster work, and a bay window built by Italian craftsmen.