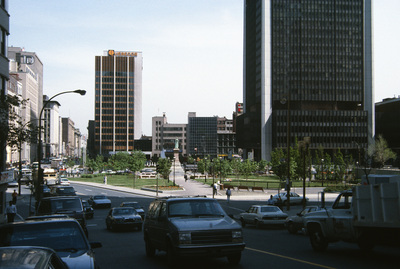 Square Victoria is a town square and public space that was created in 1811 and titled the "Place des Commissaires" until a hay market opened there in 1813 and it was renamed the "Place du Marché-à-Foin." In 1860, the square was renamed in honor of Queen Victoria. In the early 2000's, a redevelopment plan was initiated to rejuvenate the square and the surrounding area.