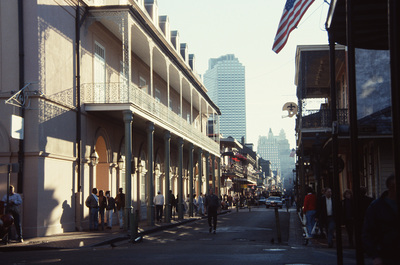 During the Spanish rule of Louisiana from 1762 to 1800, two fires damaged the French Quarter which was rebuilt by ruling Spanish. Throughout the French Quarter, there are buildings that because of the fires combine French, Spanish, and Caribbean architectural influences to create a medley of Creole, Greek Revival, and Colonial styles.