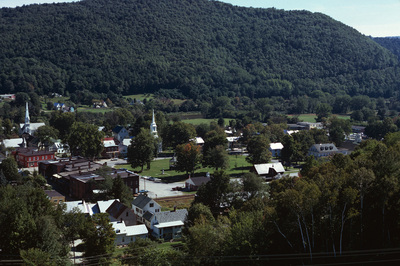 Aerial image of the downtown village of South Royalton in Royalton, Vermont from Interstate 89. Royalton is known for the Vermont Law School (Vermont's only law school) as well as being home to beautiful scenery such as the Kent's Ledge hiking trail or the White River.