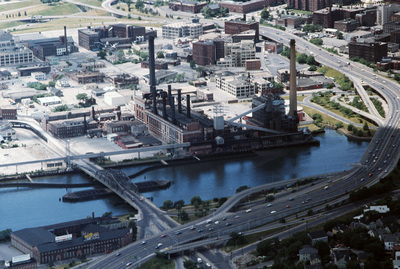 The Narragansett Electric Lighting Company had buildings on Eddy St. (pictured) and on Manchester St. They were once connected by an overhead conveyor belt, but no longer are. The Eddy St. building is no longer active as a power plant, and was donated to the Heritage Harbor in the early 90s, to be used as a consortium for historical archives. The Manchester St. plant, however, is still functional, and remains similar in appearance to when it was first built. It was purchased and renamed the Dominion Energy Manchester Street Station.