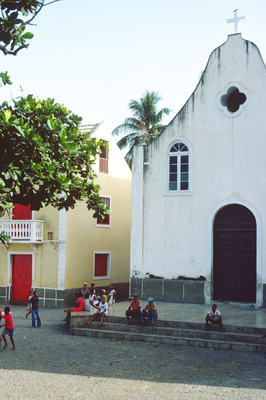 One of many churches in the Cape Verde archipelago. The dominant religions of Cape Verde are Roman Catholic and Protestant. Roman Catholicism makes up over 90% of the population, but has no state religion as there is a separation of church and state.