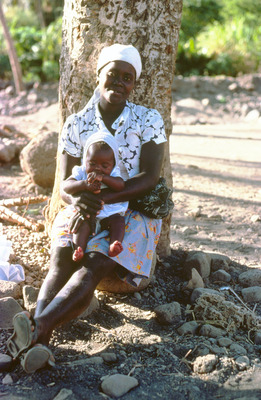 An unidentified woman and child pose for a portrait in Cidade Velha, a village that was once the capital of colonial Cape Verde. The city was originally named Ribeira Granda before it was abandoned in the 18th century. Present day Cidade Verde has the population of a village, but the residents live amongst the ruins of the colonial city.