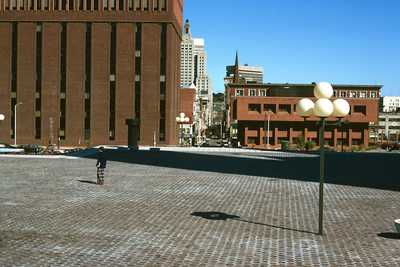 Intended to be a marvelous plaza inspired by European models, Cathedral Square is considered a problematic and failure of a space. E.F. Kennedy's Roman Catholic Chancery Office and auditorium (1966-67) blocks the axis of Westmister Street and is a building that few regularly visit. The square, which serves as the forecourt to the Cathedral of Saints Peter and Paul, was designed by world class architects, I.M. Pei and Zion & Breen but due to a lack of activity generators the space is largely unused.