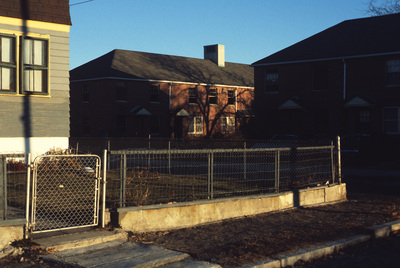 Chad Brown is a public housing complex in Wanskuck that was completed in 1951. It and its adjacent project, Admiral Terrace, were the first public housing situations built by the Public Housing Authority on poor land and left to deterioration. In the late 1970s, renovations became necessary to make, demolishing some of the structures. This led to the temporary-intentions of the project becoming complicated, and insufficiently able to provide adequate upkeep and surveillance through a manual of rules. Chad Brown serves a large point in understanding the structuring of public housing in general and specifically to Providence for the different periods of its status (e.g. first being developed under segregation).