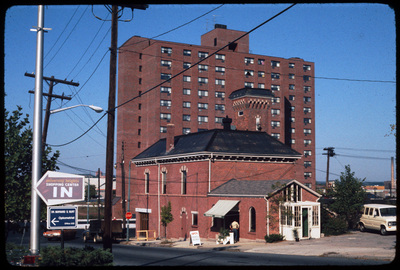 Charlesgate is one of several public housing projects, with a focus on low-income elderly residents, that were instituted following the first and oldest, Chad Brown. Many of these projects suffered from neglect and upkeep and were renovated by way of protests and pressure on the Providence Housing Authority. The area where Charlesgate was built is the same area of the historic Moshassuck (Randall) Square, where mills like the American Screw Company and the overall founding of Providence was once situated. The area suffered a fire and most buildings burned down in 1971, the ahistoric Charlesgate building survived however.