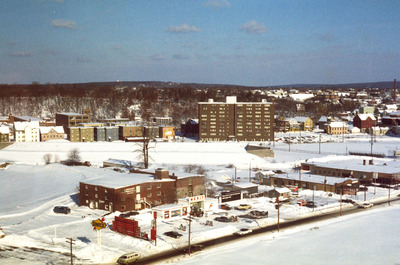 Named for Congressman Fernand J St. Germain, the elderly high rise was one of two new high rise structures to be built during the 1970s in Woonsocket. It was part of a greater city revitalization that developed the Social Flatlands into the new downtown.