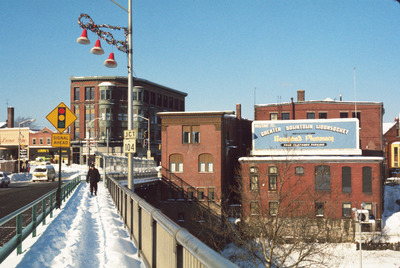 Downtown Woonsocket photographed from the Court Street Bridge which spans the Blackstone River. The largest building, just left of center, is the Main Street Lonlley building, which was built in 1890.