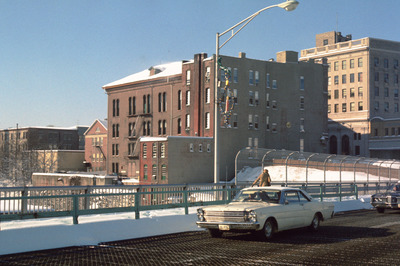 Purchased from the Harris Institute in 1902, Woonsocket’s acquisition of a central administration building ended a decade long search for such a structure. The Harris Institute, which had donated the state’s first free public library in 1868, sold the building to the city for $68,000, the exact amount the company needed to escape from debt. The sale price was much lower than the value of the building, estimated at $175,000. This photograph was taken from the Court Street Bridge.