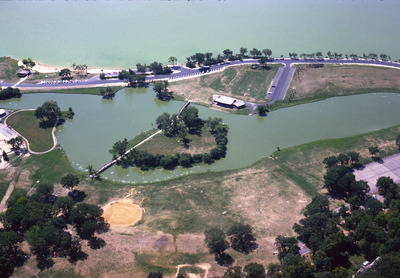 This aerial photograph shows Vilas Park, located on Lake Wingra in Madison; The land for the park was donated by the family of Henry Vilas, who was a senator in the late 19th century.