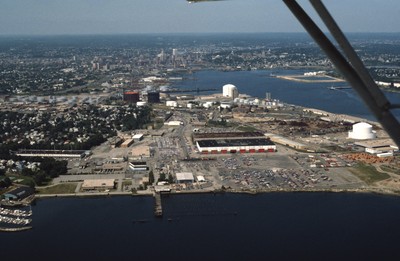 Fields Point was once considered the city’s premier park location as the site of popular restaurants and the Washington Park Yacht Club. However, in the mid-20th century the area was transformed into a sewage treatment plant and municipal dump. The Return Sludge Pumping Station at Fields Point was added to the National Register of Historic Places in 1989.