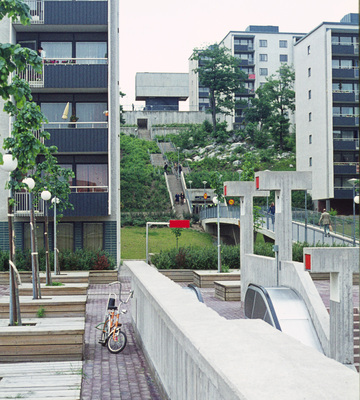 Million Programme style housing in Skärholmen, a suburban district of south-west Stockholm, was built in Sweden during the 1960s as part of a nation wide effort to create one million new homes in a decade. While the project did achieve the goal of over one million new homes, it has been criticized for it’s unappealing aesthetic of massive concrete buildings, high crime rates, and racial and social segregation. Million Programme housing typically have high concentrations of immigrant residents.