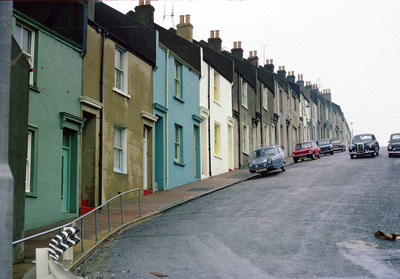 This photograph shows houses near Albion Hill in Brighton. The houses were originally made in the early 19th century of substandard material which quickly deteriorated into slums. In the 1930s redevelopment of the area began.