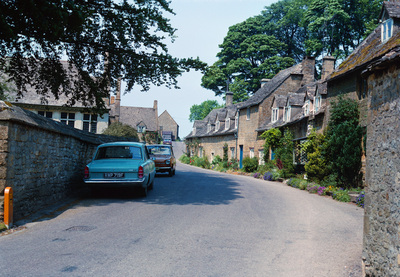 Snowshill, pronounced “Snozill”, is a village located on “the edge” of the Cotswolds, a range of hills in England (This England, 148). The area is designated an Area of Natural Beauty (AONB), which is considered to be equivalent to the status of a National Park in the United States. The Cotswold area is known for it’s stone houses which are made from Cotswold stone. The stone, when weathered, turns a color that is often described as “golden”.