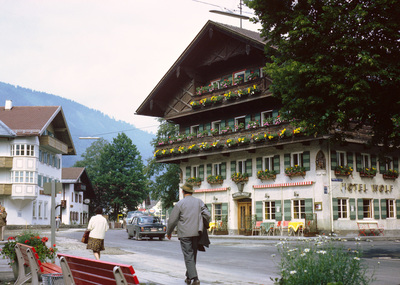 Oberammergau is a village in the Bavarian region of Germany. It is famous for it’s Passion Play, and it’s local frescos and woodcarving. This photograph shows a street scene photographed in 1969. The building shown is the Hotel Wolf, a hotel that caters to both human and canine travelers.