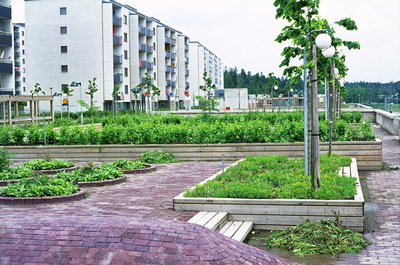 This photograph shows apartment buildings and urban gardens in Skärholmmen, a suburb in southern Stockholm. The apartments were mostly built in the late 1960s and early 1970s as part of the Million Program, a program that attempted to create one million new dwellings in a decade. While it reached it’s goal of providing quality homes, it has been argued that the price has been paid in aesthetics.