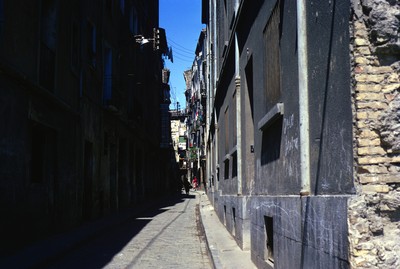 Zaragoza is an old city whose collective architecture is a pastiche of Roman ruins, Islamic palaces, cathedrals and pst-modern architecture. This photograph shows narrow streets and historic buildings typical to Zaragoza (Saragossa in English). The city is located in the autonomous region, Aragon, in Spain.