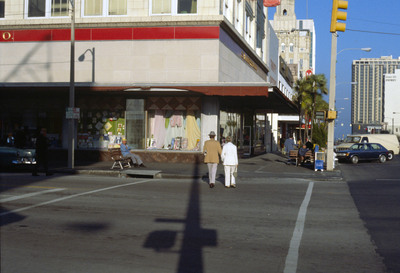 The first building seen here is the S. H. Kress & Co. building located in downtown St. Petersburg. This four-story building was built in 1927 as part of the S. H. Kress & Co. department store chain. The Kress company went out of business in 1981, but the building is still functional and now houses an oriental rug gallery. This store was designed in the Beaux Arts style and has been restored only one time in 2000. Noted for its historic value, the building was placed on the National Register of Historic Places on October 1, 2001 by the United States Department of the Interior.