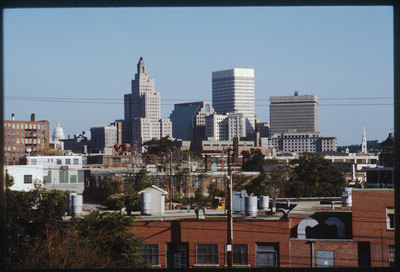 Providence did not at first join the tall-office attractions of the later half of the 19th century. The idea of having a skyscraper was symbolic of prominence and confidence of advancements in technology and business. The cusp of the century however brought buildings such as Lauderdale (1894) and Banigan (1896) or the eventual centered Industrial Trust Company Building in 1928, the tallest skyscraper the city has. During revitalization buildings like the Fleet Center or Old Stone Bank Building would appear to controversy, but presence in the city's skyline.