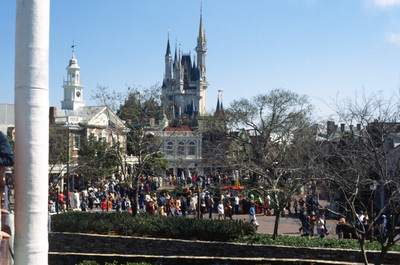 This photograph shows the Cinderella’s Castle, the icon of Walt Disney Word Resort’s Magic Kingdom, with a large number of visitors. It was built in 1971 by WED Enterprises. Walt Disney World was planned in the 1960s as a larger version of Disneyland, which opened in California in 1955.