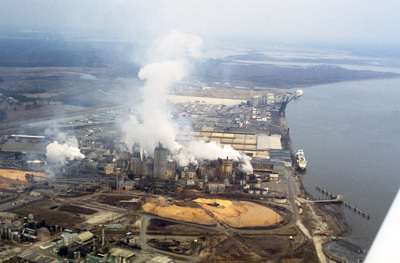 This photograph shows industrial zoning in North Charleston. The city was incorporated in 1972 from several different smaller areas. Within a decade it had become the third largest city in the state and the state's major industrial and commercial center.