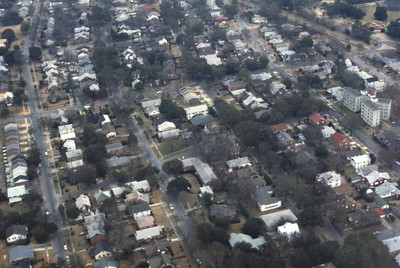 With a 2010 census of 120,083 people, Charleston is South Carolina’s second largest city. Also known as The Holy City, Charleston is known for its religious tolerance as many Huguenots have settled here. This neighborhood lies on the peninsula formed by the Ashley River, the Cooper River and Charleston Harbor. At the upper right of the frame is Hampton Park, a public park that is adjacent to the Citadel.