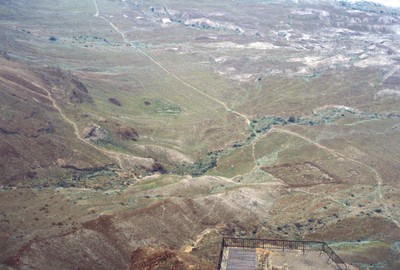 Seen from atop Masada, a natural fortress in an otherwise wasteland, is the remains of a Roman Siege camp from AD 74. Jewish rebels took the fortress in AD 66 and held it for seven years until Romans took them by force. The rebels committed mass suicide before they could be captured.